Usage and availability of command line interface (CLI) tools for developers is thriving. Almost every webservice, every build tool, every framework has its own CLI tool. The concept is not going away any time soon because it’s just too convenient: They are easy to build (as opposed to graphical/web UIs), they can easily be combined for automation in scripts and last but not least, it’s way easier to write documentation or Stack Overflow posts that says “just run foo --bar --baz --frux=blorb” instead of “open the Foo dialog, then in the Bar tab look for the Baz dropdown…” and so on.

Unfortunately, it’s too easy to build crappy CLI tools, especially in the Java universe. This post addresses some of the pitfalls and then takes a look at a number of available technologies to assist us building decent CLI tools in Java.

Let’s start with the basics

There are certain established patterns most CLI tools follow, and it’s a good idea to have your tool follow them too – your users will thank you for it, because it requires them to remember fewer specific idiosyncrasies. Of course there are always exceptions, but unless there’s a good reason for one, stick to the rules. The following list is probably not complete, but should provide a starting point.

The rules that should be obvious, but apparently aren’t always

Help me --help switch, you’re my only hope

A series of tubes 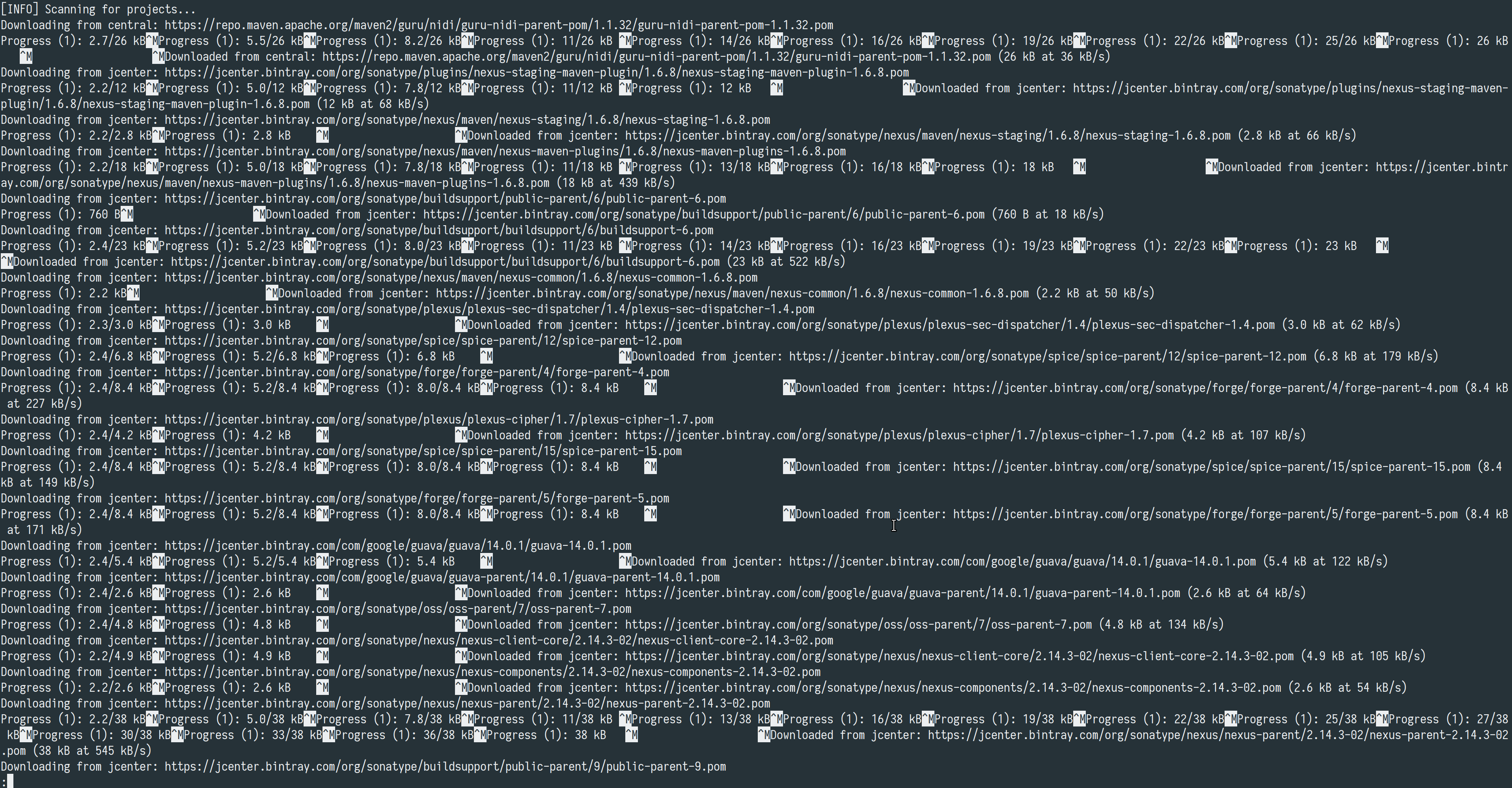 Good example: The output of gradle app:dependencies on the left, and the same thing piped into less on the right

The right amount of output

Other rules for good CLIs and Nice-To-Haves

If unsure, take a look at how other tools behave. I mean, the concept of command line tools is really not that new. Just a few more points:

How to Build it in Java

Now that we’ve established the rules, let’s take a look at the tools we have available and patterns that might help.

The basic general functionality we’ll need is parsing the arguments and providing corresponding help. For this we have the following options:

Both projects do their job quite well, although Picocli has, apart from being more feature-rich, some more support for different ways to start our command, as we will see in the following sections.

Options for starting your Command

Let’s be blunt: When you have written a cool new CLI tool called foo, a user wants to run foo --help, not java -jar ~/somewhere/foo-1.0.jar --help. So what options do we have to remedy that?

Unlike virtually every other programming language environment, Java does not have a package mechanism that allows a user to install commands directly into their PATH (think npm install -g, pip install, etc.). The next best thing would be something like mvn dependency:get -Dartifact=com.foo:foo:1.0, which is … not really what we want. So what we can do is one of the following:

Building a Native Image for your CLI tool

How can GraalVM create a native image, considering there’s things like reflection or annotations that are evaluated at runtime?

Putting it all together: Frameworks

So we’ve determined that it’s a good idea to use Picocli and GraalVM. To combine those technologies to build a base for your command line application, you have, again, different options on how you approach this:

Tips for building with GraalVM

Let’s assume you’ve already set up your project using one of the options described in the previous section and are about to build all the cool functionality of your tool. If your application depends on third-party dependencies that fall into one of the “tricky” categories of GraalVM, you might have to fiddle around at times. Here’s some of the points I’ve stumpled upon:

It’s possible to build a CLI tool in Java that can start instantly and follows the best practices for CLI tools. The easiest way to get started is using the Micronaut framework that will use the Picocli library to do the argument parsing. Resulting binaries range between 20 and 80 MB (depending on the amount and size of your dependencies) which is, depending on your point of view, either very large or very small. Compared to “regular” binaries built with, say, Rust, C++ or Go, that’s pretty big. But compared to distributing your application together with the required JRE/JDK, it’s actually not that large. While it’s sometimes a litte tricky to get GraalVM Native Image to do what you want, especially in combination with additional dependencies, this is in part remedied by the use of a framework. All three of the mentioned frameworks (Micronaut, Quarkus and Spring Boot) improve very fast to make the Native Image experience as smooth as possible. We’ll see how this space evolves in the future.